DDoS Attacks are Getting Larger and More Frequent

DDoS (Distributed Denial of Service) attacks are the bane of online businesses around the world. Are you vulnerable? This article will teach you where and why these attacks occur, and how you can stop them.

The Battle for Cyberspace

So what are you up against? There are several kinds of DDoS but they share the goal of slowing, or taking down target servers by sending overwhelming amounts of bot-generated requests. For example, in DNS amplification DDoS attacks, the hacker requests are in a sense legitimate, but there are so many that the server cannot keep up with the demand. Regular user requests may not get through, and thus they are denied service to the website.

Various types of troublemakers choose DDoS as their method for causing chaos. Attacks often come from rivals in the marketplace, extortionists, or upset ex-employees. Those without the technical know-how will seek hackers-for-hire to execute strikes. Another recent development in the global market is cyber “hacktivism” with DDoS. The Cyber fighters of Izz Ad-Din Al Qassam, one of the more noted hacker collectives, have brought down various U.S. financial institutions with calculated DDoS assaults.

Where does DDoS come from, and who are the targets? It’s time to introduce the characters in this story of good and evil. 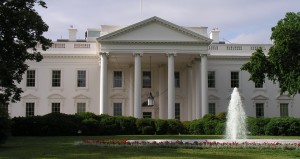 A few of the most powerful institutions in the world--the Korean Government, the Whitehouse, the Pentagon—were stunned by a DDoS attack that used over 150,000 malware-controlled computers.

Sometimes the peacekeepers need their own protection from no-goodniks. Spamhaus, a well-known Dutch spam blocker, was the victim of the largest DDoS attack to date (over 300Gbps!). The attack was ordered by Cyberbunker, an unhappy host placed on Spamhaus’ list of banned websites. And the evil-doer behind the scenes? None other than a British 16-year-old on his home computer. It’s a DDoS attack; do you know where your children are?

BTC China, the third largest Bitcoin exchange in the world, was hit in September with a DDoS attack that weighed in at 100 Gbps. This particular strike used a SYN flood method, rather than typical DNS amplification described earlier. In this case the attack was blocked by Incapsula, a cloud-based security service designed to prevent SYN floods, and other types of DDoS attacks. Without a 3rd party security service, BTC China surely would have lost connection to their demanding clientele.

The average DDoS attack now hits at 2.64 Gbps, nearly an 80% increase from 2012. This growth is no surprise considering the rise in Ecommerce. In other words, there’s more to steal, more to disrupt in cyber space than ever before, and most website owners are not protected. Hackers are also aided by faster network speeds, more network resources, and cheaper methods to assemble botnets.

Contrary to popular belief, hackers are not just going after mega-websites, who are typically equipped with high-level security systems. Nowadays hackers are more attracted to mid-size businesses that believe they can fly under the radar without taking proper security measures.

The battle for Cyberspace rages on. DDoS is here to stay. It’s time to take responsibility for your website’s security. Limestone Networks' DDoS protection uses a heuristic method of detection which can quickly mitigate any deviation from legitimate behavior real-time. This level of protection is always on, and is available in increments of 10Gbps and 20Gbps. Read more about our Enterprise DDoS Protection here and proactively block stifling DDoS attacks.

It keeps happening all too often with the “big box brands” – unplanned server...

The Benefits of Private Cloud - When Protection and Privacy Matter Most

You worked hard to build your business up to what it is today and you’re beginning...